Fake hash (Soapbar) the 100% legal herbal high cannabis hash substitute designed to look and smell exactly like real hash. You can choose from a range of synthetic cannabanoids to include in your fake hash  AM-2201, JWH-307, JWH-122, JWH-018 or HU-210. This Dealer Deals section is for distributors small quantities are not sold.
Product Compare (0)

One kilogram of fake hash also known as Soapbar because it looks and smells like real hash. With the.. 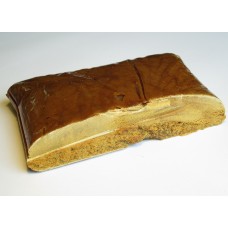