Ayahuasca from Quechua ayawaska also known as yagé, is a South American entheogenic brew made from the leaves of the Psychotria viridis shrub along with the stalks of the Banisteriopsis caapi vine. Other ingredients are also sometimes added. The brew made from these two ingedients are used for spiritual and religious purposes in ceremonies among the indigenous peoples of the Amazon basin. 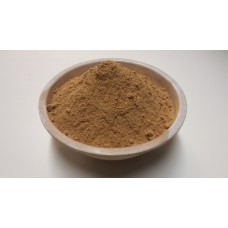 Banisteriopsis caapi Vine, the legendary "Vine of Souls", is native to the Amazonian rainforest. ..