The Facts and Effects of Legal Highs 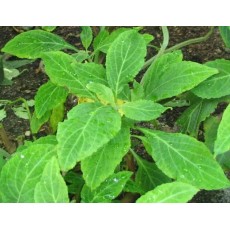 There is quite a lot of controversy across Europe over legal highs at the moment which I wish only to deal with the facts to allow you to make your own decision and opinion on them. I want to give you as much information about legal highs as I can which I have sourced from reputable drug information services and websites such as Talk To Frank. I hope the information I provide gives you the knowledge on whether or not you want to take them, as from my experience if you’re going to take something you are going to take it regardless of what anyone says to you and only you can make the decision. When I think about all the illegal and legal drugs I have consumed I probably wouldn’t have tried half of them knowing what they was and what effects they was going to have on me, with proper information and guidance it would have allowed me to make an informed decision whether to take them or leave them.

Here are some REAL facts on legal highs for you:

What are the effects of legal highs?

The effects of “psychoactive drugs” and legal highs are put into three categories which are:

You need to be aware that although the drugs in each of these categories provide similar effects they will have a completely different effect for each user.

These act like amphetamines such as speed or cocaine and make you feel full of energy, increased heart rate, active, fast thinking, over thinking, talkative, euphoric, sweaty, hot and cold.

These legal highs act like cannabis, diazepam and valium and make you feel sleepy, tired, relaxed, calm, like your floating, euphoric, weak.

These legal highs act like magic mushrooms, LSD, ketamine and methoxetamine. They make you hallucinate, in some cases people see or hear things that aren’t really there, sometimes scary sometimes beautiful. You get feelings of euphoria, warmth, alert and give you a feeling of “enlightenment”.

Our next article will focus on the risks of legal highs and the law surrounding them… check a look out! I would also like to add and stress that these products are NOT for human consumption.