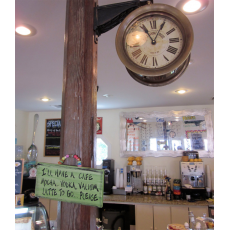 As an antianxiety drug, Librium was a great success. Three year later, in 1963, Valium appeared on the market. Not only the leading hitter in the benzodiazepine lineup, this drug also became one of the best selling of all pharmaceuticals ever! Valium (diazepam) extended its therapeutic uses beyond anxiety to insomnia, muscle spasms, acute alcohol withdrawal, and preoperative sedation, and, via injection, to control status epilepticus, a life-threatening condition in which seizures persist without letup for more than thirty minutes. For many of these conditions, it represented the first or second drug of choice.

The appearance of Valium and related benzodiazepines spelled the end of the decades-long reign of phenobarbital and its barbiturate cousins. In contrast to the barbiturates, Valium caused less drowsiness at normal therapeutic doses, thereby not impairing mental or physical function. More significantly, Valium has a wide interval between a safe therapeutic dose and the toxic consequences resulting from overdose.

However, even safe drugs have limits. When taken in overdose—in sharp contrast to the barbiturates—the benzodiazepines very rarely cause death, except when taken in combination with large amounts of alcohol or other depressants. This was sadly the case for Heath Ledger (1979–2008), who played leading roles in the films Brokeback Mountain (2005) and The Dark Knight (2008). His death, just months before the release of the latter film, was ruled an accidental overdose caused by a lethal combination of several narcotics and benzodiazepines, including Valium and an antihistamine.

The relative safety of Valium led to a false sense of security that it could be used without risk. Not surprisingly, when doses escalated over extended periods, dependence developed. However, we now know that when Valium and related drugs are used at the normal doses for a period of more than six weeks, dependence still develops. If the drug is abruptly withdrawn or the dosage precipitously reduced, such withdrawal symptoms as extreme anxiety and panic attacks may occur. These generally appear within 24–48 hours of the last dose and may persist, with reduced intensity, for up to a year. So-called benzodiazepine withdrawal syndrome is particularly intense for users quitting Xanax.